Our law firm is leading the fight against Alzheimer's! Join our efforts by donating today! Donate Now!
Home / Divorce / You want to Move Where? 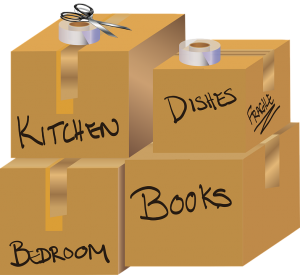 The divorce is finished; the placement schedule is operating smoothly. But then you get a job offer some distance from your current residence. What steps need to be taken in order to move with the children? On April 5, 2018, the newly revised Wisconsin Statute 767.481 went into effect. Prior to this, any move outside of the state of Wisconsin or greater than 150 miles necessitated notice to the non-moving party. This notice had strict requirements as to what needed to be provided and the timeline for any action to be taken. If the non-moving party didn’t respond to the notice sent within 60 days, you could go ahead and move.

The new 767.481 was designed to simplify the process as well as provide a bit more formality to any move. Notably, the statute does away with the “outside of the state” provision in favor of a flat 100 miles from the other parent. This eliminates the situation where the one parent is moving from say, Prairie du Chien to McGregor, Iowa, a distance of only a few miles, albeit across state lines. Assuming the schedule was staying the same and the only thing changing was the residence, there would, under the new statute, be no need for court action. As a practical matter, under the former statute as well as the current one, a move of much lesser distance often would trigger court involvement. As such, the removal of the “out of state” requirement makes sense.

Under the new statute, the parent seeking to move no longer sends an informal letter to the other party.

Once this motion is filed, the court will set a hearing within 30 days. The statute requires the other party to file a response no less than 5 days prior to the hearing. What is unclear, however, is what occurs if no response is filed, but the opposing party appears at the hearing to be heard. At the first hearing, the court can grant the motion, appoint a Guardian ad Litem, or refer the parties to mediation, among other options. The court would be hard pressed to ignore a litigant who appears, but did not strictly comply with the response provision 5 days prior.

The new statute also would apply for any new action for divorce or post judgment relief filed after April 5, 2018, however, it is less clear how the court would interpret an older case with the old move provision incorporated into the judgment. For instance, say the divorce was granted in 2015, and now one party wants to move. There isn’t any post judgment relief yet, and it’s not a newly filed case. Should the moving party proceed under the old or the new statute? Arguably, there will be some growing pains over the next year as the new statute is tested in circuit court.

Since 2001, Jesse Leichsenring has represented clients in family law matters throughout southern Wisconsin. He is honored to be back in Wisconsin and continuing his legal career with Krueger and Hernandez. To set up your appointment with Attorney Leichsenring, please call 608-824-9540 (Middleton) or 608-356-3961 (Baraboo). At Krueger Hernandez & Thompson SC, we listen, we care, we get results!