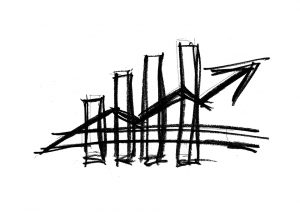 As the seasons change and we move deep into winter, so too do divorce filings also increase. While this might not be terribly surprising, with the holidays over and the emotional letdown that tends to come thereafter, you may be surprised to find that divorce rates also rise through the summer, peaking in August as well. A study out of the University of Washington in 2016 took a look at divorce filings in Washington State from 2001- 2015. Charting filings each month and averaging out over 14 years, researchers found filings peaked in March and August of each year. 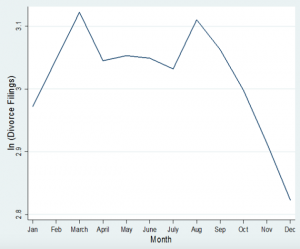 The researchers surmised that folks would often hang on, staying together for one last December holiday, or one last summer vacation and then separate thereafter.

But why wait? Holidays are typically over by the end of the year, so what contributes to the winter peak three months later? The study hypothesizes and my own practice would support the notion that while the decision may be made to split in January, folks take a couple months to get finances in order, move out, or try to hang on, before ultimately filing. Also present is the “what will the family/neighbors say?” concern, insofar as social judgment. The same process exists for the August peak; prepping through the summer to file by the end. The idea is to emotionally prepare for the impending comments and questions from relatives and friends who may be caught off guard by the news.

Aside from financially and emotionally preparing for the impending divorce, the study also suggested perhaps parties stuck together for “one last thing” as an attempt to remedy what was already going wrong in the relationship. When the holiday gathering, or the vacation didn’t go as planned; still fighting, still disagreements about everything, then thereafter it is time to file. One final take away from the study was the correlation of other family actions, such as guardianship, with the trends shown in the divorce chart above. The researchers found the same pattern throughout other family matters as shown in the divorce filings. However, the same patterns did not bear out in cases less related to family issues such as small claims or foreclosures. This would tend to suggest that family issues carry with them a higher degree of concern and contemplation, as parties determine what is best.