Our law firm is leading the fight against Alzheimer's! Join our efforts by donating today! Donate Now!
Home / Automobile Accidents / Drinking and Driving: Why this is a Problem 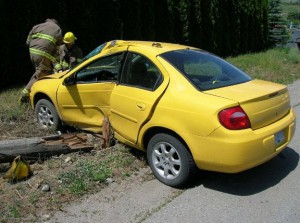 It is easy to understand the basics of why drinking and driving is a problem. When somebody who has been drinking gets behind the wheel, they don’t have the judgment needed to make sound decisions. As a result, they are putting themselves, as well as others, at risk for being involved in an accident.

Many people know that drinking and driving is wrong, but are unsure of just how much impact this has on the world as a whole.

Here are some statistics from Mothers Against Drunk Driving that show why drinking and driving remains a serious problem in the United States:

Even though the statistics above are alarming, it is good to know that the country is making progress as a whole. Since 1980, the number of deaths related to drunk driving in the United States has been cut in half.

Progress is being made, but the above stats show that drinking and driving remains an issue. Not only are a large number of people driving under the influence of alcohol on a daily basis, but many are causing accidents that lead to injury and/or death.

As a responsible driver, you realize the importance of being sober before you get behind the wheel. The same cannot always be said for others around you on the roadways.

If you are injured in a drunk driving accident or a loved one is killed, you should not hesitate to learn more about your legal rights. We are here to assist you every step of the way.